Transcript:
Hello and welcome to Words and Their Stories.

Each week, we tell the story of English language words and expressions – some old, and others new.

Today we talk about a proverb often used in American English.

A proverb is a short, well-known saying that offers a piece of advice. Our example of a proverb takes us to a farm – a chicken farm, to be exact.

You probably know that chickens come from eggs. A female chicken or hen lays eggs and then they hatch into chicks. Well, not all of them. Some eggs do not have a baby bird.

So, at our farm, a hen produces 15 eggs. If the farmer counts the eggs, she might expect to have 15 chicks once the eggs are hatched. But then five of those eggs do not hatch. Her expectations were not met, so she feels disappointed. She tells her friend how sad she feels. The friend may say to her, “Well, don’t count your chicken before they hatch.

Another way of saying this proverb is: “Don’t count your chickens until they are hatched.”

Now, let’s talk about the folklore part of our explanation.

“Don’t count your chickens until they are hatched” is a very old saying. Language experts say it appears in different forms and in many different cultures. It is also used in Aesop’s Fables, a collection of stories from between 1,300 and 1,400 years ago.

The fable we are talking about is known as “The Milkmaid and Her Pail.” A long time ago, a young woman carried a bucket of milk on her head. As she walked, the milkmaid dreamed of a better life. She wanted to be rich. So, she thought she could sell her milk and then use the money to buy chickens. With chickens she could sell eggs and earn more money!

With lots of money, the milkmaid could shake her head “no” to all the men in her village who wanted her hand in marriage. The young woman was so caught up in her thoughts that she actually shook her head “no.” This caused the pail of milk to fall from her head and crash to the ground. Along with it — her dreams of becoming rich and independent.

When she told her mother what happened, her mother said, “My child, do not count your chickens before they are hatched.”

So, that is the folklore from Aesop’s Fables. Now, let’s hear how to use this expression in everyday speech.

John and Samantha are friends. Both are looking for jobs. John just had a job interview the day before and cannot wait to tell Samantha all about it.

Samantha, how is your job search going?

It’s going okay. I spoke with two potential employers last week and I should hear something back soon. But for now I’m still saving all the money I can from my part-time work. How about you?

I had a great interview yesterday! In fact, afterward, the woman I spoke with talked as if I was already her employee!

Thanks! And the best thing … the pay is great. I’ll be able to buy a townhouse. In fact, I have an appointment today to look at one, right near my new job! I’ll have a full-time job and a new home in less than a month!

Wait a minute, John. Did you actually get something in writing from the company?

A little friendly advice, John. You don’t officially have the job. So, try not to count your chickens before they hatch.

What do you mean? The job is a sure thing.

Nothing is guaranteed, John. So, you know, don’t get your hopes up. That way, you won’t be disappointed if things don’t work out.

So, I should probably return the expensive clothes and briefcase I just bought for the job?

I think so. Maybe for right now.

Let’s keep our fingers crossed for John. Hopefully, all his eggs will hatch and he’ll get that high-paying job.

And that’s all we have for you today. Join us again next week for another Words and Their Stories.

Ibrahim Onefeko wrote this story. Anna Matteo and George Grow were the editors. The song at the end is “Don’t Count Your Chickens Before They Hatch,” written and performed by country singer/songwriter Tommy Ray.

disappoint – adj. to fail to meet the expectation or hope of

assume – v. to think that something is true or probably true without knowing that it is true

interview – n. to participate in an interview for a position (such as a job) 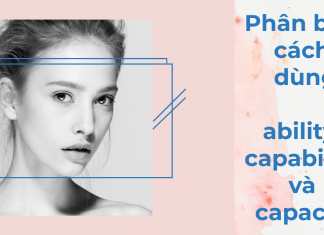 The Murders in the Rue Morgue by Edgar Allan Poe, part... 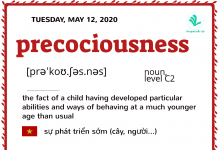 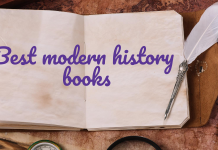 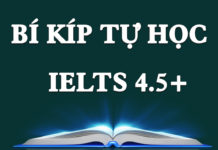